How is Child Support Determined?

In Nevada public policy and family law, child maintenance also called child support is a continuous process of making periodic payments as a parent to benefit a child financially in case the relationship or marriage ends. Child support is paid indirectly or directly to the obligee by the obligor for support and care of children of a relation that never existed or which has been dismissed.

Normally,the person who is bound to the other by agreement(obligor) is a parent who doesn’t have lone custody of the child.He/she may have custody for a short period of time.A guardian,custodial parent,the state or a caregiver is the obligee in most cases.

Depending on the official power to make judgments and decisions that are legal,child support can be paid to a non-custodial parent by a custodial parent.Usually,one of the parents whether the father or mother has the duty to pay for child support.This means that the mother is supposed to pay support to the child’s father the same way the father is supposed to do to the mother.

In other cases where the parents stay together legally and in several jurisdictions,one parent is considered to be a non-resident, unless they give a proof that they contribute equal amountsfor support of the child.Therefore,the parent deemed to be a non-resident is required to pay the other some percentage of their earning.The income and needs of the resident parent are not evaluated.

Child support in family law is normally arranged as part of annulment,divorce,marital separation,percentage determination or split-up of civil union and can add an extra amount to arrangements of spousal support.

Most state guidelines for child support consider income of both parents.The percentage each parent contributes to their combined income helps in determining the amount of child support they can be obliged to pay.Some states use net income while others use a formula that is based on gross income

Various states normally consider the amount parents must use in the care of the child when they are looking for jobs or in order for them to work.Some states adjust the required amount for this expense in order to account for federal income taxes exemption in federal dependent care.In states that give exemption on federal dependent care on taxes of state income,the expense is adjusted to feature this as well.

If a parent from previous situations is already contributing part of their income for child support or alimony,he/she will generally havean allowance to reduce from their income that amount. Qualification for this deduction requires:

It is not allowed for a parent to deduct support of consecutive children or spouse from his/her income.

Child support orders need to identify the person responsible for payment of health insurance for the children.The amount spent by a parent on health insurance is added to the basic order of child support and the parent is recognized as the one who pays.Majority state guidelines require some amount of extra support to cater for out of pocket costs of health care that couldbe incurred.Unusual health costs are also considered.

Basic child support orders may be increased to include other extraordinary expenses which include needs of special education in the case of handicapped children. Cost of visiting expenses is normally divided to both parents in proportion to their earning.The parent who is non-custodial then receives credit for the cost of these expenses that are the custodial parents. 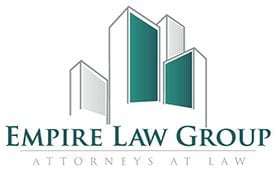